There have been so many advances in food allergy research, and there are treatment options that will be FDA approved over the next couple of years, for the treatment of peanut allergy. This is amazing, awesome, and hope-inspiring.

I am excited at the prospect of these new treatment options, for those who don't currently have access to treatment, but I can't help but also have a nervous feeling about the reaction from the general public and the media. I am dreading seeing more headlines like, "PEANUT ALLERGIES CURED!" and other such sweeping declarations. They have already been floating around and we haven't even reached FDA approval, yet. To be sure, these will be celebratory events, but much of the past media reporting on food allergy advances has been hyperbolic and lacking in nuanced details. I imagine some people thinking to themselves, "Phew! Glad that whole mess is over!" and wanting to get right back to eating peanuts in every conceivable location. I feel that efforts to gain accommodations will be met with, "Why don't you just wear that patch/take that pill, etc.?" as if it's that simple. The following are some of the things to consider about treatment for food allergies.

It's not just peanuts!

These initial treatments slated for approval are only focused on peanut allergies. Approximately 30% of those who have food allergies have multiple food allergies. For those of us dealing with multiple food allergies, peanuts are sometimes the least of our concern. Dropping peanut from my daughter's allergen list will not really change our lives, as a whole. (Though, of course, it would be great - don't get me wrong!) Dropping milk, however, would change things, dramatically. In 2014, study findings showed that parents reported milk and egg allergies to be harder to manage than peanut. Just think of how many restaurant items are either slathered in butter or smothered in cheese. Some in the food allergy community may choose to wait until more of their most restrictive/severe food allergens can be addressed, either alone or together.

As promising as the many treatment options are, none of them provide magical safety and protection overnight. They all require many months, to several years of treatment time. Currently, since there are no FDA-approved treatments available, patient options are limited to clinical trials and private practice options, neither of which might be locally available. When participating in a trial, the patient is on the trial timeline and could be in the placebo arm and spend a year without actual treatment. Even in "on-demand" private practice, patients cannot always "get in" to see their preferred provider, immediately. There may also be distance barriers involved. Office visits take time and this may mean time away from school, and time away from work for caregivers.

Even when the first treatments gain FDA approval, the pricing of said treatments remains to be seen. Not everyone has "Platinum" insurance, with stellar coverage. It's easy for someone to say, "go cure yourself!" if they aren't the ones footing the bill and going through the potentially-arduous process.

One of the treatments slated for FDA approval, Aimmune's AR101, involving a proprietary version of oral immunotherapy, carries the risk of side effects including gastrointestinal problems, and dose-related reactions up to and including anaphylaxis. The second treatment, DBV's Viaskin Peanut Patch, comes with the risk of skin irritation at the site of the patch. Aside from the risk of side effects, any treatment comes with the risk that it simply won't work for the particular individual. Everyone has their own unique immunological makeup and no single treatment will work for all.

The food allergy community will continue its best efforts to educate everyone about recognizing the signs of anaphylaxis, avoiding accidental exposures to allergens, etc. Not everyone will be able to jump into treatment right away. Some, as it is their right to do, would like to wait for what they feel is safest treatment option. They may also choose no treatment, at all, for any number of reasons, and they must continue to be protected, as well.

If you are outside of the food allergy world, please keep looking out for those with food allergies and bear with us, as we deal with this epidemic. Babies are born every day that may still develop food allergies. This isn't going to vanish in a single generation. Science moves more slowly than our patience might wish.

It is never time to give up on being compassionate. There should be no expiration date for people's willingness to accommodate those in need of assistance. We are grateful to those who continue to support us as we make our way to a safer space. 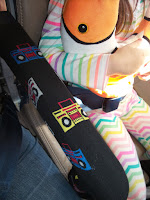 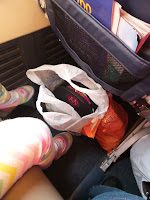 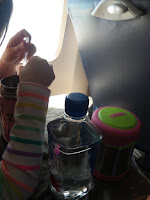