Exciting news is making the rounds! Auvi-Q is slated to make its much-awaited return in early 2017!

I have loved this device ever since I first heard about it. I love the size, I love that it talks you through the process, and I also love that it was invented by twins Eric and Evan Edwards, who are both at-risk for anaphylaxis.

Given that this device was recalled from the market, we all want assurances that any problems have been solved. Rights to the device have been returned by Sanofi to kaléo (formerly Intelliject). Eric Edwards explained, "We have created an intelligent, high tech, 100 percent automated robotic production line with over 100 quality checks on each and every Auvi-Q device to help insure that streamlined and consistent production process."

Pricing has not been set, as of yet, and is definitely a top concern, especially in light of recent events. The makers of Auvi-Q are well aware of the need to provide affordable access to patients.

To keep up with the latest on Auvi-Q's return, you can visit Auvi-Q.com and fill out their form to sign up for updates. 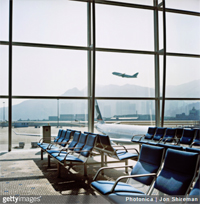 At this point, maybe I should stop explaining that this will be a long post, because that's pretty much the norm around here. ;)

We had a very unexpected incident when we tried to make our annual trip to see Dr. Xiu-Min Li in New York. I recounted our tale on a support group page, but I also want to share it, here, in the hopes that it might help someone.

Since that incident, she has been completely fine and I find the whole thing to have been a complete fluke. I don't think I will ever know what happened, though some have wondered if the nearby Starbucks kiosk might have played a part, with its steamed milk. She has never had that kind of issue, before, but anything is possible. This happened in July, and we're now in October, and it all seems like a strange dream. I'm happy to say she is doing very well and doesn't seem to be having any heightened responses to anything, so I'm hoping this was just a one-off, random occurrence.
No comments: