Frequent Ear Infections and/or Bronchitis - Could be Food Allergies 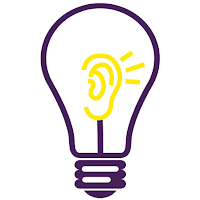 (This is a long post, but if your child has had recurrent ear infections, bronchitis, upper respiratory infections, etc., I hope that you will read it and see if anything "clicks" with you.  I wish I had put all these pieces together sooner for my daughter, but luckily, she's doing just fine.)

As I mentioned in my post, Review Your Child's Medical Records, it's a good idea to maintain in-house copies of your child(ren)'s medical records.  I have a train of thought constantly running in the back of mind, sorting through all of this information and I feel as if there is a crew working in there, going over everything, looking for connections and revelations.  Having these records on hand allows me to sift through and look for evidence to back up my theories, when a new one pops up in my head.  That, coupled with some time spent in the Google-verse, has produced an "light bulb moment" that I wanted to share.  It's not my discovery, as I'm not the first one to ever think it, but it's something that occurred to me and now that the light bulb has gone off in my head, I'd like to see if there are any other light bulbs out there that could use the same spark.

Part of the epiphany happened when I was trying to piece together the events of an ER visit we made with my daughter, less than a month before her 2nd birthday.  We left the ER with a diagnosis of an ear infection (otitis media) and bronchitis.  However, when I looked back to my Facebook statuses from that time-period (here's a link to my post about the new Facebook Timeline, and why I love it...) I saw a post I made referring to some corn muffins that I had made for my daughter.  I wrote that "she ate too many" and threw up, but that she seemed to be feeling fine after that.  The next night/morning, however, we took her to the ER for breathing issues.  It dawned on me that I had made those with corn meal, corn flour and *gasp* FLAX SEED!  I had used flax seed as the egg replacer.  At that time, I was not aware of my daughter's Class 4 allergy to flax seed.  I had only used it once or twice, but I had stopped using it, because I was suspicious of it.  That night of the ER visit was tense and stressful and sleepless and I had actually forgotten about the flax seed and so I just has a vague notion in the back of my mind that lead me to avoid it and then several months later, I decided to have her tested for a few more foods, including flax seed and sure enough, it came back as a Class 4 ("Very High").  It occurred to me that her developing an ear infection and bronchitis was not a random event.  I believe it was a all part of her reaction to the flax seed ingestion.  The immediate reaction was vomiting, but she obviously didn't go into anaphylaxis. (Edited to add: WRONG! Every time I think I've put some pieces together, I find more pieces and get to see a little more of the box top...See this post for an update, because that was most certainly an anaphylactic reaction...)  I believe it triggered an asthmatic flare which caused the bronchitis.  "Bronchitis" just means that the main air passages to the lungs are inflamed, so it's more of a symptom, than a stand-alone illness.  I also believe that the ear infection was caused by her reaction to the flax seed.  Here's an excerpt from the U.S. National Library of Medicine's page on ear infections:

Hmm, what was that first one? Allergies!  When people usually think of allergies, they think of seasonal allergies, like those to ragweed or mountain cedar.  It didn't really occur to me, though, that one of her food allergies could be the cause.

The doctor in the ER chalked it up to a viral infection that she must have picked up, but she had not been exposed to any sick kids, at least not to my knowledge.  She does not go to daycare and is in a playgroup, but we are all very good about letting other mothers know about illnesses that are going around.  I thought it was weird that she got some random virus, but was mostly focused on the happy fact that she was feeling better, so I didn't give it much more thought.

After making this connection, I did some more research and it looks like another frequent culprit for causing ear infections is a milk allergy.  If you Google "ear infections and milk allergy" you will find all kinds of interesting stuff.  So, I know I'm not presenting a brand-new theory, here, but I wanted to bring it front-and-center for anyone reading my blog and I also wanted to add that it doesn't have to be a milk allergy (even though my daughter has that, too.)